What's Up With Voter ID Laws These Days? 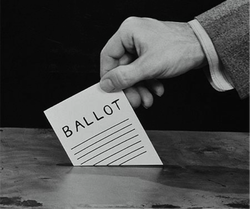 In the months since the landmark Supreme Court decision Shelby County v. Holder struck down parts of the Voting Rights Act of 1965, the consequences of this action have taken a backseat to other pressing issues. The decision itself was overshadowed by the overturn of Proposition 8 by the Court the next day, and in subsequent summer months’ the NSA and Syria dominated the national spotlight. But behind the scenes, a disturbing trend has been continuing its relentless spread across the nation: the resurgence of voter ID bills in state legislatures, in larger numbers than the election year before.

Six states affected by the decision, which were previously subject to the overturned “preclearance” provision, have enacted voter ID laws since since the Supreme Court’s decision. States like Texas had already passed a strict voter ID law, but the law had been prevented from going into effect due to the preclearance process. After the provision was struck down, there ceased to be a barrier between passage and implementation of some of the most restrictive voting requirements in the country. In August, the Justice Department filed a federal suit challenging the law, but no progress has been made. Earlier this week, the Hispanic group MALC and the NAACP filed a similar complaint in the same federal court. Neither has made any progress through the court. Others have passed new laws, such as in North Carolina where a previously vetoed voter ID law returned to the governor’s desk and was signed.

This battle is a contentious one, but the ruling in Shelby County v. Holder has marked a turning point. Voter ID proposals were introduced in 2012 in the Florida legislature resulting in little real progress, but this summer, new bills were introduced with the same restrictions, this time with greater popular support and, if passed, no threat of federal oversight.

The continuing issue of voter repression has not gone entirely unnoticed by all in the political elite. In August, Hillary Clinton made a high-profile speech to members of the American Bar Association on the issue, calling the practice of increased voting restrictions “an assault on voting rights.” Even some more moderate conservatives, such as former Secretary of State Colin Powell, have condemned states’ efforts to suppress voters.

The tide continues to flow in favor of increased voter suppression, however. Popular opinion has been mixed, with 51% disagreeing with the Supreme Court decision (ABC News/Washington Post) but 81% supporting some kind of voter ID laws (University of Delaware). Still, the return of a problem that was solved in 1965 has led to a surge in unnecessary restrictions that overwhelmingly disenfranchise poor, minority, and– this being key to understanding the motive behind these laws– Democratic populations. The very states who were subject to the pre-clearance of Section 5 of the Voting Rights Act by virtue of their history of discrimination have returned to their roots: The strictest laws are, with the exception of Kansas and Indiana, in states formerly subject to preclearance. Unless increased media and political attention can be paid to this crucial issue and the political realities behind voter ID laws, the damage done by the Supreme Court in June will continue to manifest itself over and over, returning us to a civil-rights landscape reminiscent of the 1960s.