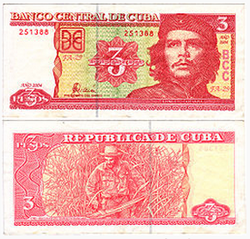 According to The Economist, the Cuban government plans to alter one of Cuba’s longstanding idiosyncrasies: its two-currency system. Cuba utilizes both the Cuban peso (CUP) and the Cuban convertible peso (CUC) as units of value and legal tender. But while both currencies are viable means of payment, the Cuban convertible peso is roughly equal in value to the dollar, while the Cuban peso is only one twenty-fifth the value. Additionally, Cubans are paid in CUP while consumer goods are priced in CUC, creating a divide between the transferability of the two currencies. While scrapping the two-currency system will benefit Cuba in the long run, unifying the exchange rates between the two currencies may lead to short-run economic turmoil.

The Cuban government remains tight-lipped regarding the exact details of how the unification process will unfold. However, the government did announce that enterprises would begin trading using hypothetical exchange rates, forcing shops to accept payments in either the Cuban peso or the Cuban convertible peso, despite the discrepancy in value. If the country leans more towards a higher valued unified peso, deflation could increase which would hurt consumers and borrowers of loans. According to the economic concept of the Phillips curve, deflation may result in higher unemployment. In contrast, a devalued peso would cut savings, wages, and values of loans while increasing inflation, which hurts lenders of loans. On the Phillips curve, increased inflation would decrease chances of unemployment, although the current unemployment rate is only 3.6%.  Thus, whether the currency increases or decreases in value, consequences are inevitable. Finally, the entire process will add a new layer of confusion to financial statements, for businesses may interpret currencies differently on their balance sheets. The unification of currencies will undoubtedly lead to short-term economic turbulence.

However, the concept of currency unification is admirable, because it promises to reduce currency and equity market volatility. A united currency will decrease lag times as currencies are changed over, streamlining the global economy as economic, technological, and cultural globalization occur. Because there will be reduced volatility, equity market returns may remain relatively constant and become more impervious to risk. For instance, China’s unification of foreign exchange rates in 1994, which created a newly unified and larger market, is one instance of successful currency unification. If Cuba follows in China’s footsteps, currency unification may lead to long-run stability. But Cuba’s economic changes may lead to insecurity, as is the case in Europe, for the Eurozone’s recent unpredictability showcases the drawbacks of a common currency. While Cuba’s restructured currency system will further its economic expansion, unfortunately the Cuban government cannot avoid short-run confusion. The best bet is to gradually unify the currencies, choose a rate that is the mean of the two values, and promote transparency to reduce unrest.